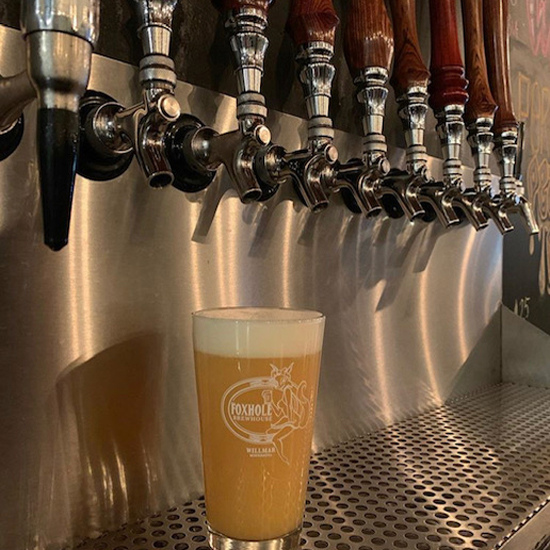 It’s not quite Father’s Day, but it has been a long winter and dads might deserve a weekend off. What, with the hours spent snow blowing the driveway, working through math homework, and tucking the kids in, a break could be just the thing they need. Thankfully, the Willmar Lakes Area has plenty of things that will make dad’s getaway weekend a success. 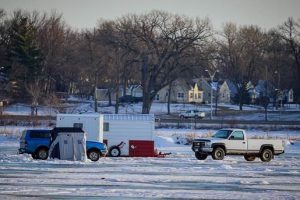 For a more laid-back activity, add fishing to the daily roster. Regardless of the thickness of ice on the lakes (or even if there’s no ice at all), the Willmar Lakes Area has an abundance of local watering holes that are sure to make your day of fishing a success. Willmar Lake has easy-access fishing near the bike paths for when the ice is gone, and plenty of fisherman out on the ice for socialization when the ice is still thick. One of the most popular (and active) lakes is Diamond Lake, where the sunfish and crappie populations are plentiful. And my personal favorite lake is George Lake, where the lake may be small but the opportunity for walleyes, northerns, crappies, and sunnies is high.

If your dad group needs a bit more of excitement than a day of hanging out on the lake, head to the Willmar Civic Center. The guys can show off their old hockey skills (or lack thereof) and spend the afternoon marking up the ice at open skate. Or, if you want more competition, you and your fellow dads can sign up for open curling, where you can pretend to be Olympic sweepers guiding the stone toward the icy bullseye. Although curling may seem like a more leisurely sport than your typical games of basketball or football, the stakes can get pretty high when you’re guiding a 44 lb. granite stone across the ice. And finally, if you need even more adrenaline than you think curling can offer, buy some tickets to the local junior’s team: the Willmar WarHawks. Rally behind these athletes as they chase the puck across the ice, giving these young hockey players an audience to impress. 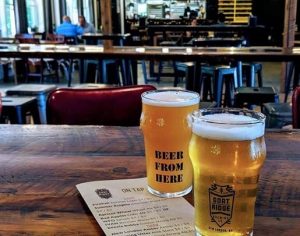 Nothing like a crisp craft beer after a day with the boys (photo courtesy of Goat Ridge Brewing Co.).

But if you’re hoping for a little more substance than a pint of beer can offer, grab a table at one of the many restaurants around the area. Grizzly’s Wood-Fired Grill has deep-fried cheese curds, Ruff’s Wings & Sports Bar has (unsurprisingly) incredible wings, and O’Neil’s has a great Minnesotan take on poutine. Regardless of which area restaurant you choose, you’re sure to leave with a full stomach: the ideal ending to a busy day.

After a weekend out on the ice, a few rounds of craft beer, and several servings of beer-battered onion rings and cheese curds, it’ll be time for you to return home to the old routine of household chores, work, and bedtime rituals. But you’ll be back on the daily grind with a relaxed state of mind, thanks to your getaway weekend in the Willmar Lakes Area.