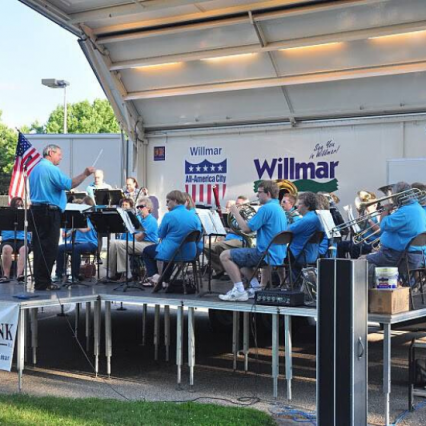 The Prairie Winds Concert Band provides an opportunity for area instrumentalists to continue playing and performing in the context of the concert band, while serving the West Central area as a provider of musical entertainment and community involvement.

The Prairie Winds Concert Band is a regional community band and is a valuable resource to West Central Minnesota. We have members from many towns in and around Willmar, including band directors, students, professional workers and retired adults. This volunteer band is open to all playing musicians who want to continue making music with their instruments.

Our year is broken down into 3 seasons: