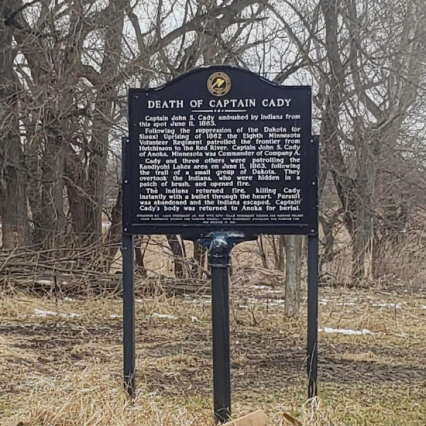 After the U.S.-Dakota War of 1862, the Eighth Minnesota Regiment was assigned to patrol the frontier from Hutchinson to the Red River. In June of 1863, Captain J. S. Cady and a patrol of three men followed the trail of a party of Dakota into the Kandiyohi Lakes country. On coming upon the Dakota, the soldiers opened fire. The Dakota fired back and Cady was shot through the heart. The Dakota were able to flee. Captain Cady was secured by fellow soldiers and brought to Anoka to be buried in his home community.