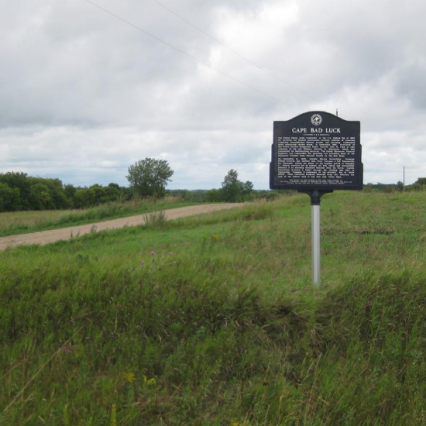 The United States Army responded to the U.S.-Dakota War of 1862 by carrying out federal government security policies of removing remaining noncombatant Dakota people and pursuing combatants while protecting settled areas. In September 1862, Secretary of War Edwin Stanton designated Major General John M. Pope to take command of the new Military District of Minnesota, which was responsible for implementing security. The Eighth Minnesota Infantry Regiment was responsible for guarding and patrolling much of the Minnesota frontier from McLeod County to the Red River.

On September 11, 1863, Captain Marcus Butterfield, Sergeant William Edwards and another man from Company A left Paynesville for Manannah, taking the place of the regular patrol of Company E. Dakota warriors set an ambush for this patrol and successfully defeated it by shooting Sergeant Edwards from his horse. Captain Butterfield received a bullet through his clothing and fled to Paynesville. Company E responded to the skirmish, but to little effect. They retrieved Sergeant Edwards’ body and followed the trail of the Dakota until it was lost near Green Lake.