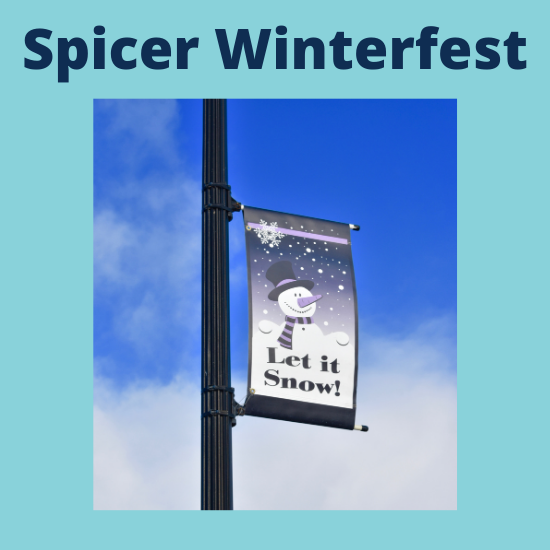 Icehouses are scattered across the lakes, snow blows over the open fields, and Minnesotans have dug into their closets to pull out their full winter wardrobes. Winter has finally come to Minnesota. Yet, despite the sub-zero temperatures, the Willmar Lakes Area hasn’t succumbed to the weather. Instead they are looking forward to Spicer WinterFest! 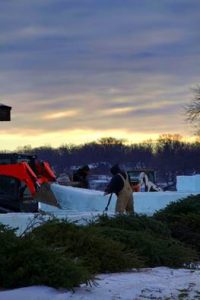 Local volunteers and members of the Wee Kut Ice Company work through the frigid morning hours to build the Spicer Ice Castle out of ice blocks from Green Lake.

A week ago, local volunteers helped the Wee Kut Ice Company resurrect the age-old Spicer Ice Castle, seen for the first time in several years. The castle resides on Saulsbury Beach, just a block from downtown Spicer. On January 20th, Spicer will be hosting a day full of winter festivities, including the Frozen 5K Run/Walk at 9 am, Ice Golf on Green Lake at 10am, and an ice castle lighting ceremony at 7 pm, complete with Disney characters and a WinterFest bonfire with hot cocoa and fireworks. The last event of the evening will be a DJ-Dance Party at Zorbaz on Green Lake from 10 pm to close.

Throughout the month of January, the Prairie Meadows Ice Skating Rink will be hosting “Skate into Spicer” daily, while Prairie Woods Environmental Learning Center will have cross country skiing and snowshoeing on its many trails. Almost every day will have an event to celebrate winter in the Willmar Lakes Area, ranging from bingo at the Spicer Legion, karaoke at Zorbaz on Green Lake, art exhibits and wine tasting at Glacial Ridge Winery, and a comedy show at O’Neil’s.

From January 20th to the 27th, there will be a medallion hunt around town with clues available on spicermn.com and Q102.5. And if you’re really looking to dive into the winter spirit, sign up for the Polar Plunge on January 27th at 1 pm. Leap into the freezing water for charity and the money you raise will go to Special Olympics Minnesota. Not a bad reason to go jump in a lake, especially at this time of year. 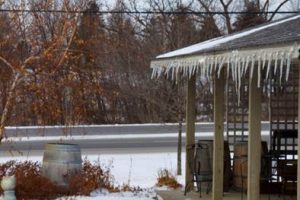 Glacier Ridge Winery is hosting a number of events during Spicer Winterfest, including spa days, soup and music nights, and chocolate, cheese, and wine afternoons.

The festivity will continue into the month of February, starting with two nights out at Glacial Ridge Winery. On February 2nd, there will be Soup and Music out at the winery with the Big Al Band. On the 3rd, Glacial Ridge Winery is hosting a Gourmet S’mores and Wine Event, from noon to 9 pm. Immediately following these two great days of fun will be a Super Bowl Party at O’Neil’s on February 4th, with a full buffet in the event center. The last event of Spicer WinterFest will be a Sleigh and Ski Festival at Prairie Woods Environmental Learning Center on February 11th. From 11 am to 4 pm they will have horse-drawn sleigh rides, an indoor climbing wall, skiing, snowshoeing, a chili feed, hot chocolate, and music. What a perfect way to end a month of winter fun!

So whenever you look outside and see the small snow dunes stretched across the street and wonder what you can do to keep yourself entertained for the next month of winter, remember that the Willmar Lakes Area has plenty to keep you busy. To see more of the planned events for Spicer WinterFest, check out our website at willmarlakesarea.com.